So Dave was around last night for the start of are ECW game in the man cave, we have decided to use WAC as the rules system, using the lists from the Renaissance army book. After sorting out are armies and redeploying are armies we only managed to play one turn but here’s a few pictures anyway. 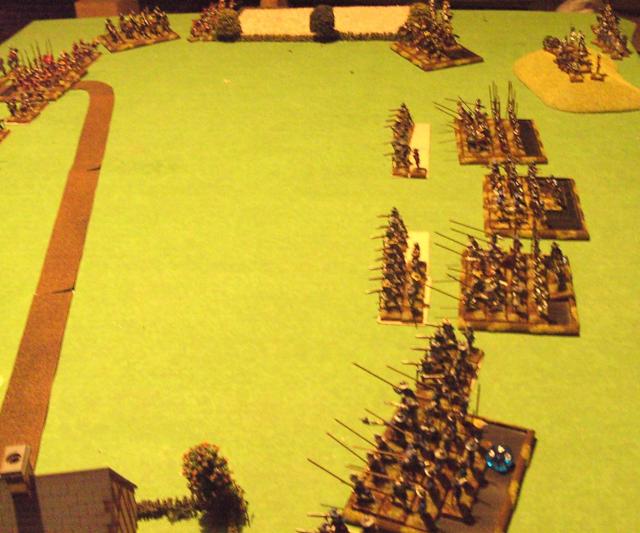 Parliament’s infantry hold there ground and open fire with a salvo (both ranks fire).

The Firelock companies of both armies face off .

The Royalist gun open’s up. 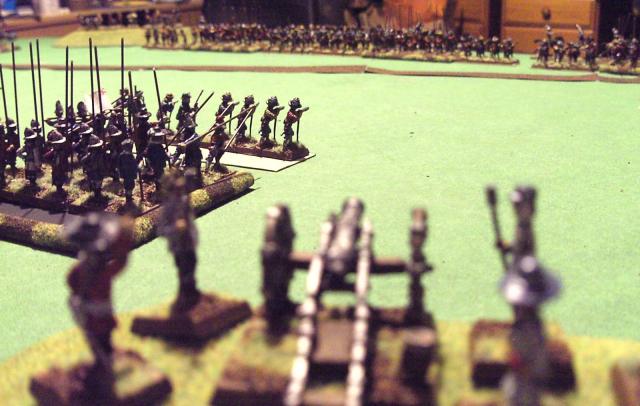 Well that’s it for now but watch this space ;).

This entry was posted in ECW, Wargaming. Bookmark the permalink.