Its been another busy few weeks so I haven’t had much chance to do any painting but here’s what I have finished.

Gripping Beast Slinger for my Viking force, he’s from there Ancient Britain range. I’ve had a unit of 9 slingers in the army for awhile now and I want to take them up to 12 which is useful for WAC and SAGA so only another 2 to go.

Next up another GB Viking, this time one of the limited edition one’s they had on sale last year. 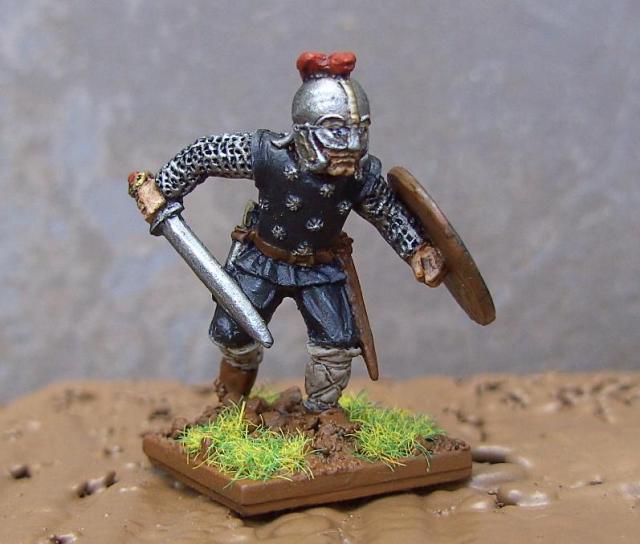 Its been a bit strange painting these models as I wanted to paint them up like the rest of my Vikings which I painted about 10 years ago (has it really been that long  :0 ) so it was a challenge trying to use/remember the techniques I used then, I’m happy with the results they seem to match up well.

The only other models completed are 4 of the Dreadball MVP’s (Star Players) from my Kickstarter first wave.

I’ve painted them all up in my team colours. Last week saw my second wave of stuff arrive but I haven’t had chance to sort them out yet.

Anyway that it for now.

This entry was posted in Wargaming. Bookmark the permalink.