It been a while since my last post but I’m still struggling with illness.

Anyway played the last game of are Napoleonic Black Powder campaign this Sunday, we were both using 1,500pts lists from the 100 days campaign book. To keep the theme of the campaign Simon allies were the same as he’d been using the last couple of games with me using 1000pts of Guard and 500pts of standard list as the French last stand. 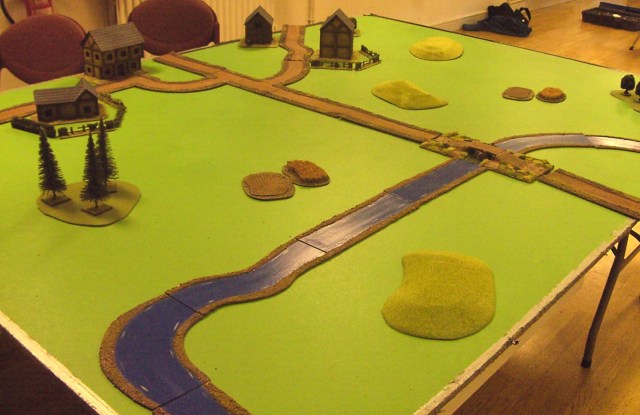 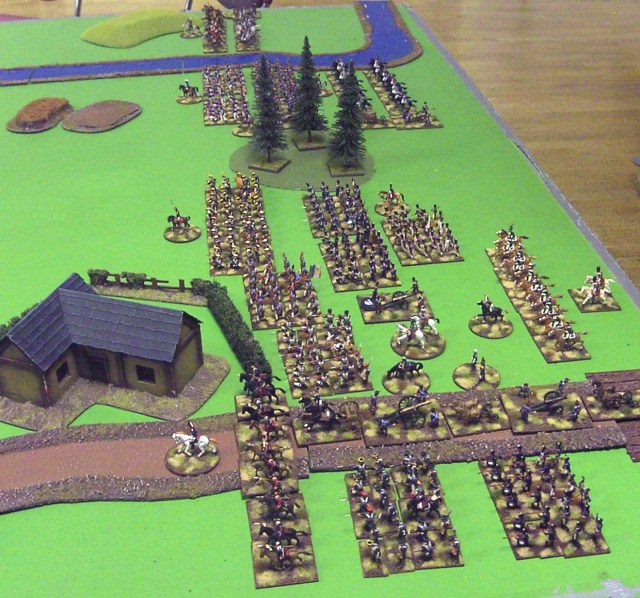 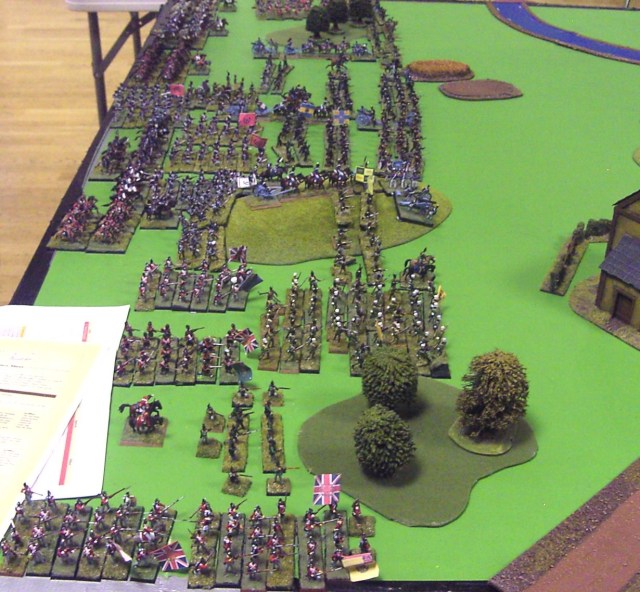 The game started with the Allies advancing on each flank but stalling in the centre.

The French have no such problems advancing on all fronts.

The centre and the French left flank saw some heavy fighting with the Young and Mid Guard Brigades engaging the Allied front line. 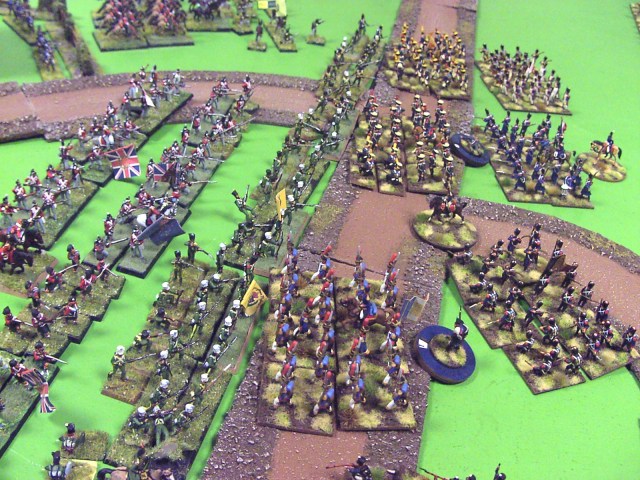 The Young Guard attack failed and they were pushed back and broken, the Mid Guard faired better pushing back the Allied front line. On the right flank a mass cavalry battle was happening (sorry no pictures) which went poorly for the French with them losing there light and heavy cavalry Brigades to the loss of just the Allied light Brigade though there heavy Brigade was badly mauled and out of the game.

We were in to the final turn now with the Allies 3-1 up on Brigades broken. I now sent in the old Guard, they smashed in to the Allied front line with there centre losing 4 units after some bad rallying rolls . But these casualties were all from different Brigades so no extra ones were broken, so when the dust settled and the game finished the Allies still had the win by 3-1 Brigades.

Another cracking game and a great finally to the Campaign, I was pushing the Allies back but had committed my whole army to do it, the Allies on the other hand still had 3 whole Brigades still in reserve so it would have been just a matter of time before the tide would have turned. I just like to say a big thanks to Simon for these group’s of games and I’m really looking forward to some more in the future and talking about the future I’ve now arranged a large game for next year so watch this space for more news on this ;).

This entry was posted in Napoleonic's, Wargaming. Bookmark the permalink.