What a Weekend part 2, The Big Push.

After are WAC fun on Saturday, Rob and Dave join us for some Great War action. We would be play testing a draft of Rob’s (Scarab Miniatures) new  work in progress rules so we were all really looking forward to giving them ago.

The game saw Matt’s British defending a fortified hill from a joint attack from mine and Rob’s German and Austro/Hungarian forces. While Phil’s French and Dave’s British would be trying to come to Matt’s rescue.

The set up, Matt would set up in the hill (bottom of picture), me and Rob in the centre(ruined buildings) and Phil and Dave behind the trench line(top of picture). 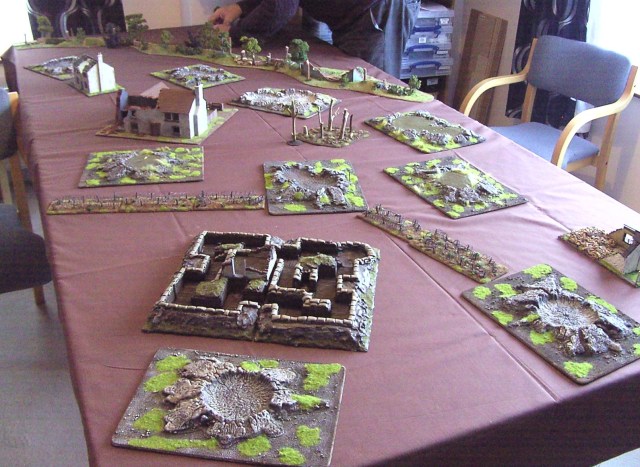 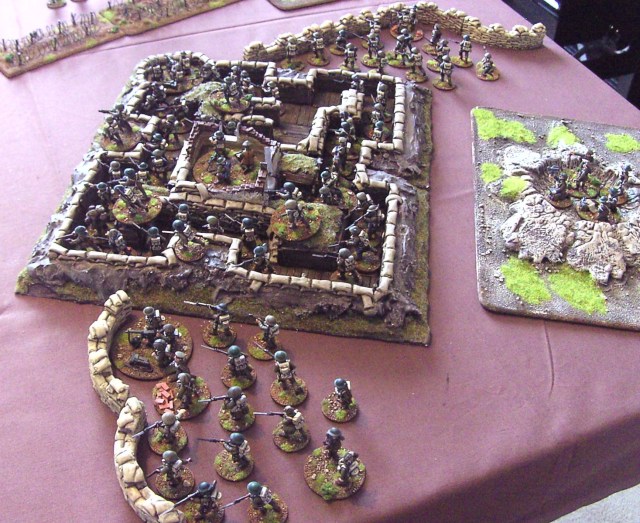 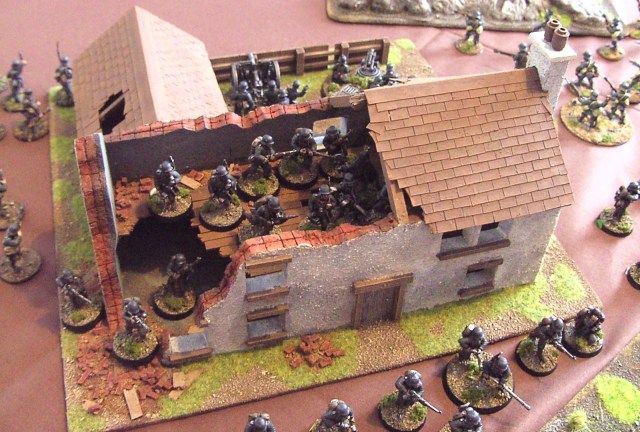 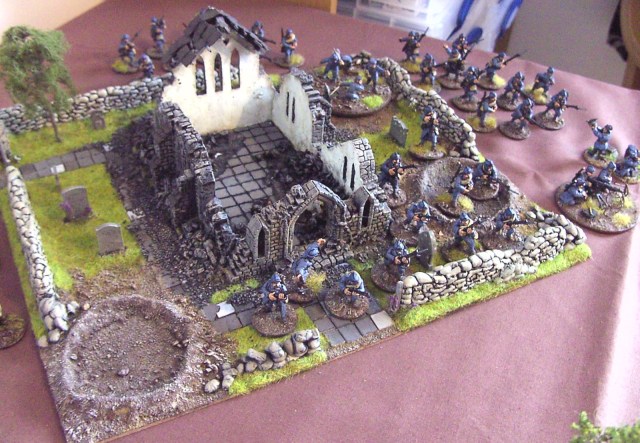 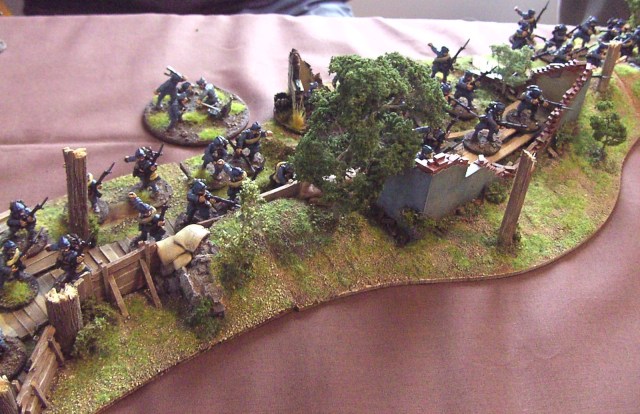 The Germans and their allies start their attack. 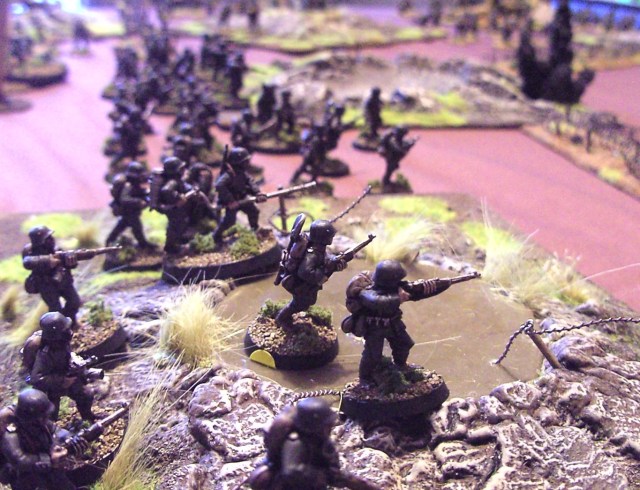 There over the wire and closing on the hill after it takes a pounding from off field artillery. 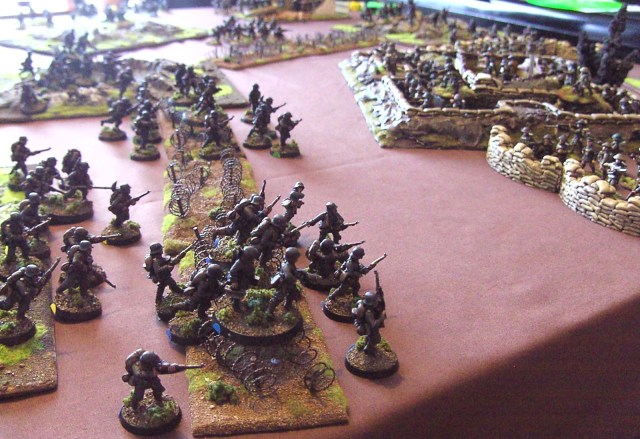 Then there in to the hill and hand to hand combat breaks out as the Tommies fight to hold on to there position. 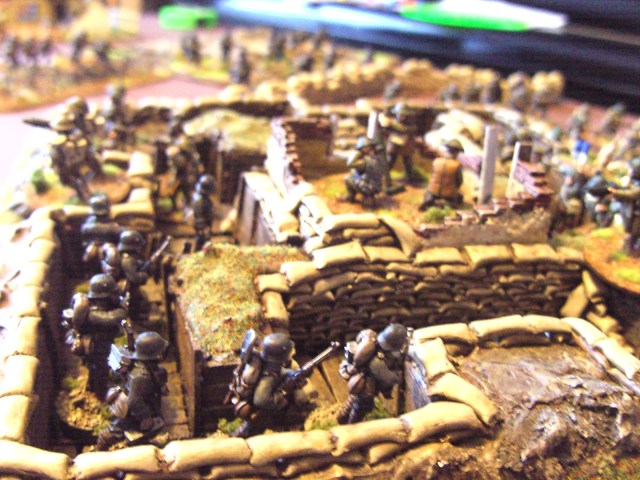 The British/French counter attack goes in. 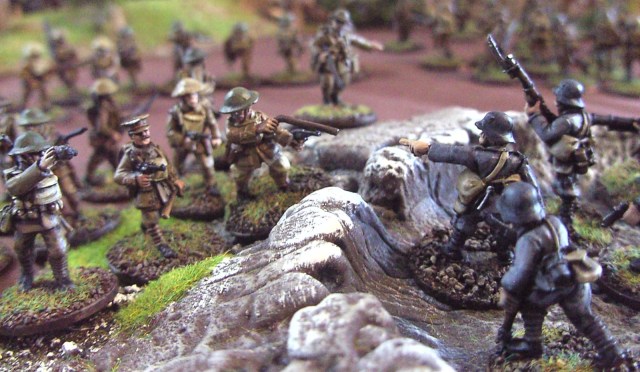 The Sikh cavalry change in supporting the allied infantry but are held (just). 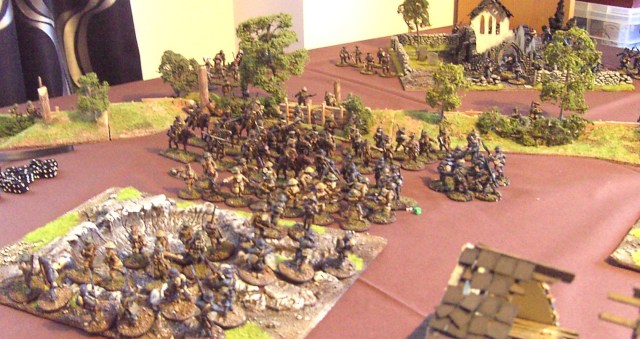 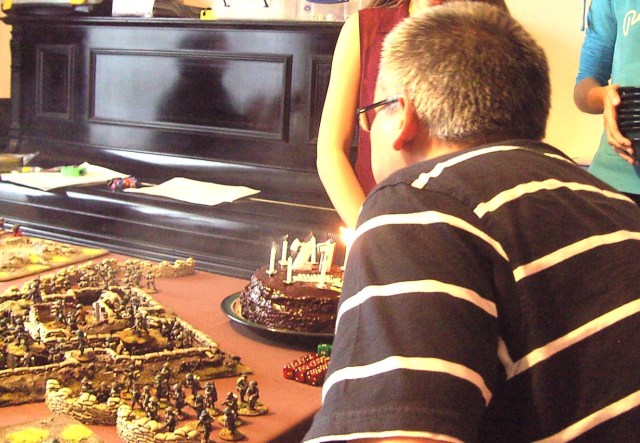 All and all had another fantastic day of gaming, with some good friends and got to try out a interesting new rules set which seem very promising, hopefully going to be giving them another this week at club.

Just like to say a big thanks to Matt for inviting me and Jen and the girl for making us all feel so welcome and providing such a lovely spread of food each day.

This entry was posted in Great War, Wargaming. Bookmark the permalink.