So got my first game in last night as my lands were being raided by some Anglo-Danes under the command of Leofstan the Bastard aka Orange Dave ;o).

As I was defending my War Crafty trait kicked in and the scenario would be an ambush with me as the aggressor.We decided to have ago at one of the new scenarios in the Age of the Wolf book, the forest road.

My Welsh attack from both flanks. 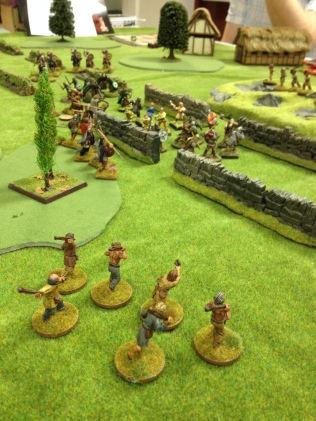 While my Warlord and bodyguards attack from the rear. 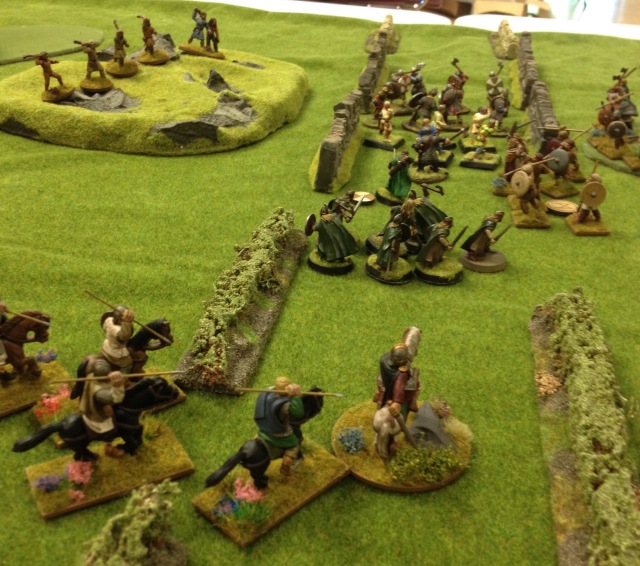 But the Anglo-Danes see off my attack and make it off the table to win the game.

The actual game was finished by turn 4 but we decided to work out all the campaign bits then finish the rest of the game for the fun of it.It ended up being a real blood bath with my mounted Teulu and Dave’s Hearthguard slaughtering each other.This left Iuen and Leofstan to fight it out to see which Warlord would take the bragging rights. 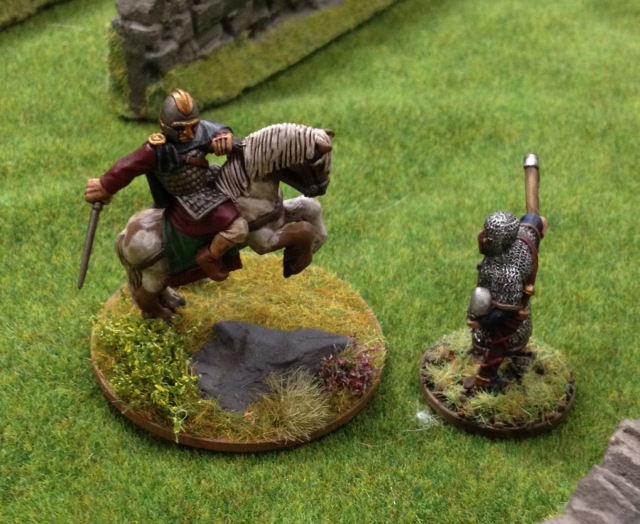 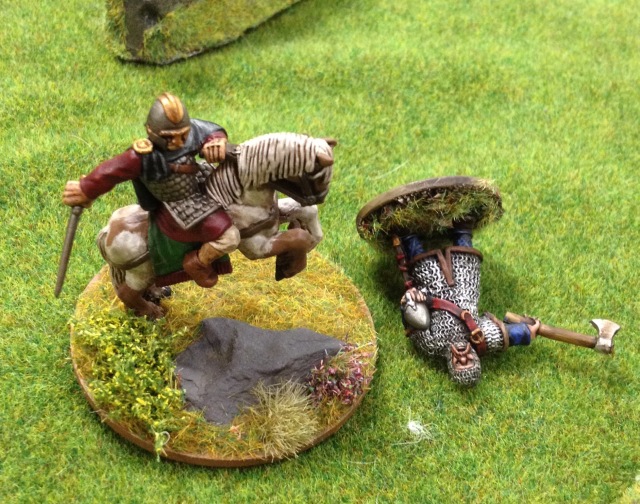 So a fun start to the campaign but I must say both me and Dave were a bit disappointed with the scenario, the idea was good but the set up seemed off as with a average set of dice the defender could easily exit the table by turn 2 or even turn 1 if mounted :o(.

Well that’s it for now for SAGA as I don’t need to play anymore campaign games until the next season as only Dave attacked me.I’m going to try and get a couple more non-campaign games in before  then if I can plus I need to get a few more chaps painted up ready for when I hopefully get some reinforcements.

This entry was posted in Dark Ages, SAGA, Wargaming. Bookmark the permalink.